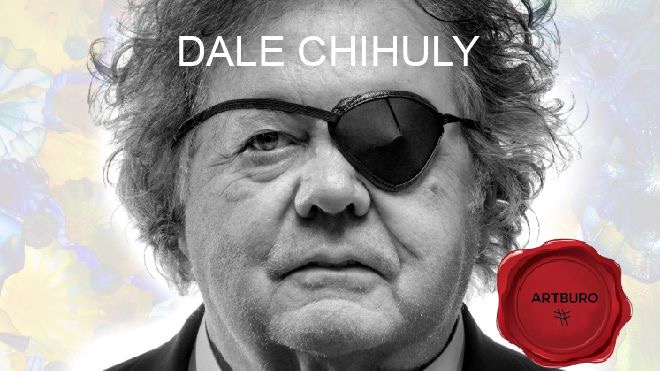 SEATTLE — More than 40 years later, Jeffrey Beers still vividly remembers what it felt like to have Dale Chihuly call up to convene a pre-dawn glassblowing session. You felt flattered and inspired, he said, jazzed by Mr. Chihuly’s caffeinated freight train of energy and the idea of making art with him while most of the world slept in.

“‘We’re starting at 5. I’ll have Egg McMuffins for everybody,’” Mr. Beers said, describing a typical Chihuly invitation and the instant creation of a team of art student acolytes. “There would be eight or 10 of us, ready to go,” added Mr. Beers, now 60 and an architect in New York.

Mr. Chihuly was never the lonely artist toiling in his garret. Making art in a crowd, with a crowd, was the Chihuly way, according to people who have known and worked with him over the decades. The pattern only deepened with time and success, as he gained global recognition for the prolific output of expressive glass works, sculptures and paintings that bear his name and can sell into the millions of dollars.

“The more I worked, the more I sold work, the more people I could hire,” Mr. Chihuly said in an interview in his 34,000-square-foot studio complex here in Seattle, near where he was born and raised.

But now, at 75, with mental health issues and old physical injuries that have forced a retreat from hands-on work, Mr. Chihuly is facing a hard-edge court battle — and a potential cloud over his life and art — around the question of what those teams do. A former contractor has sued him and his wife, Leslie, who is the president and chief executive of Chihuly Studio, seeking compensation for millions of dollars of paintings that the contractor says he created or inspired, but for which he said he was never properly credited or compensated.

These are painful days for Dale Chihuly, as he winds down a long career facing a challenge that stabs at the heart of any artist: his originality. Mr. Chihuly emblazoned his signature on the world by working and rethinking the vocabulary of glass as art. Physical challenges and scars compounded the difficulty of that path. He lost vision in an eye in a 1976 car crash that also permanently injured an ankle and a foot. A shoulder injury from a bodysurfing accident made glass blowing, with its heavy weights of pipes and glass, impossible to do. He suffers from bipolar disorder, marked by sweeping swings of elation and depression. And with greater dependence on others, he said, has come greater vulnerability to claims that his work is not his own.

“Yeah, I would say it probably made it easier to attack me,” he said. “I absolutely need my teams.”

The Chihulys, in their own countersuit in Federal District Court in Seattle, have dismissed the claim by the former vendor, Michael Moi, as an act of greed and jealousy. They said that Mr. Chihuly’s vision still defines and shapes all art that leaves his studio.

“He was a handyman,” Ms. Chihuly said of Mr. Moi’s role in the company, which employs about 100 people in several locations in the Seattle area.

In total, 32 artworks have been installed in 13 locations across Kew’s glasshouses, galleries and open spaces.

They were sent from Seattle in 11 shipping containers in January, arriving in the UK in March. A 400 sq metre marquee was erected in the gardens to take in the boxes of glass, which were then installed across the site, a process which took 18 days.

It was a really big job for Kew and the Chihuly team, said Kew’s project manager Nick Thompson. The most complex artwork, Icicle Tower, has 1,882 separate elements.

Chihuly creates unexpected experiences in unlikely places. He has presented formidable and complex public exhibitions all over the world – from Venice, to Jerusalem, to Montreal. From 1994 to 1996, the artist worked with glassblowers in Finland, Ireland, Mexico, and Italy to create Chihuly Over Venice, a series of Chandeliers which he hung over canals and in piazzas of his favorite city. Four years later, Chihuly’s most ambitious public exhibition, Chihuly in the Light of Jerusalem 2000, was seen by more than one million visitors to the Tower of David Museum.