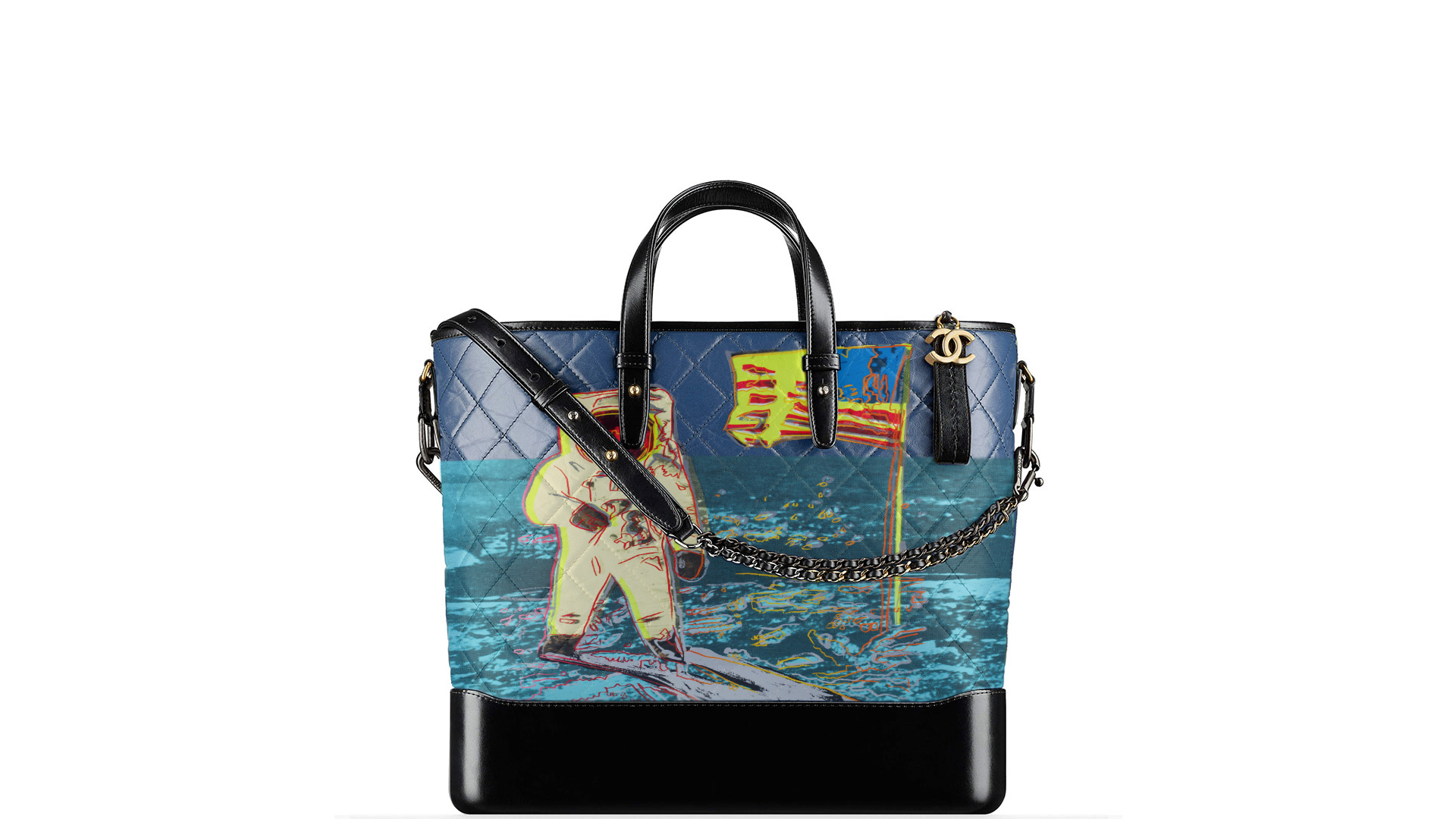 Moonwalk is one of Andy Warhol’s last works, produced shortly before his death in 1987 and never signed.

Catalogue Title: Moonwalk (FS II.404) Year: 1987 Size: 38″ x 38″ Medium: Screenprint on Lenox Museum Board Edition: 160, 31 AP, 5 PP, 5 EP, signed with a printed signature and numbered in pencil lower right. Moonwalk 404 by Andy Warhol depicts Neil Armstrong’s photograph of Edwin “Buzz” Aldrin, Jr. walking on the moon for the first time in 1969 during the Apollo 11 mission. Moonwalk is a portfolio of only two prints. In this specific print, Warhol chooses to color the astronaut in yellow. The American flag has similar coloring with blues, reds and pinks. Warhol uses this color scheme to embellish the primarily dimmer and darker colors of the background. The muted colors of this print of Moonwalk 404 set it apart from the more vibrant pinks that highlight Moonwalk 405. Warhol was able to produce these two prints before his untimely death in 1987. He demonstrates his great talents with this short portfolio, commemorating one of America’s most historic moments, man’s first visit to the moon. This series, which includes two prints, illustrates Warhol’s artistic maturation, which so characterizes his work created in the 1980s. The evolution from depicting subjects that represent the commercial aspects of American culture, to representing historically important subjects and ideas specific to Warhol’s time. The set evokes ideas of the victory of the United States during the space race and the technological advancement of the 1960s.